Hit enter to search or ESC to close
News

Heroes of the Night 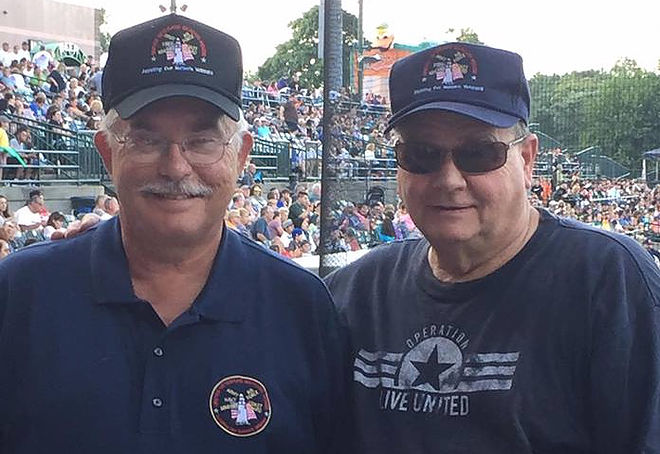 As part of a promotion with New York Community Bank, Jim Smith, Army Veteran, author & Beacon House Board VP and United Veterans Beacon House founder/president Frank Amalfitano, Air Force Veteran were honored as “Heroes of the Night” during the fourth inning of a minor-league baseball game at Bethpage Park in Central Islip.

The Long Island Ducks are honoring two military veterans at each home game this season in connection with the bank and the Suffolk County Veterans Service Agency. The two were asked to stand and while their brief bios. were read by an in-house announcer, eliciting a standing ovation from the crowd of more than 3,000 attending the Ducks’ game against the Somerset Patriots.